Book a Consultation with Ian or His Legal Team!

In February of 2019, YouTube began disabling comments 💬 on videos that featured children.

This change was a direct result of YouTuber Matt Watson’s video that demonstrated how easy it was to leave predatory comments on children’s channels.

In response, huge corporations such as Disney, Nestle, and AT&T halted advertisements on all channels – a big loss for YouTube.

However, it gets worse.

Not only has YouTube disabled comments on children’s videos, but they’ve also announced that they’re experimenting with different commenting accessibility 🔓 settings on all videos.

This change has already been put into effect in India, where efforts to “hide” comment sections have begun for Android 📱users.

As of 2019, Androids in India don’t automatically show the comments below a video. Instead, there is a “comment” button in-between the “like” 👍, “dislike” 👎, and “share” ➡️ buttons that must be pressed in order to view video comments.

Put simply, YouTube has enabled a barrier to viewing comments. However, no information has been released regarding whether this feature will be rolled out worldwide 🌎.

As a YouTube content creator, the idea of losing comments altogether is a bit saddening. While negative and spam comments will happen, I find that the majority of the comments on my videos show a lot of inspiration 💡!

Additionally, many content creators (myself included) enjoy interacting with viewers and answering their questions 🙋 in the comment section.

To me, it seems that many YouTubers would be negatively affected by the disabling of video comments.

That being said, on the legal side of things, there are benefits to disabling commenting abilities.

YouTube comments present two big potential legal problems that could eventually be the demise of the company:

Defamation is the publication of a false statement that causes harm to another’s reputation.

However, defamation is riskier than many people realize. In fact, those who comment false statements about others could potentially be liable 💸 to the people they’ve harmed!

You could be sued for posting untrue statements about others online 🌐.

In 2018, the European Union 🇪🇺 introduced Article 13*, which made social media platforms vicariously liable with users who commit copyright infringement.

As a result, it’s possible that YouTube’s decision to restructure some comment sections could have been made in fear 😨 of more laws like Article 13.

If, for example, a new law were to make social media platforms vicariously liable with commenters who posted defamatory statements, YouTube could very well go bankrupt!

Think about it: If laws were to evolve to hold platforms responsible for racist, sexist, or even just plain “wrong” comments, YouTube could suffer from a public relations nightmare, and ultimately lose advertisers 📉.

What does this mean for YouTube’s future? 🤔

With the potential of causing huge lawsuits and costing millions of dollars 💰, commenting abilities could very well be disabled on all YouTube lawyer videos. The liability in allowing users to post freely on the platform is simply too large for YouTube to continue taking that risk.

In fact, after speaking with a huge creator recently, I learned her opinion that YouTube could one day become much more like Netflix 🍿. Here’s why:

By limiting audience engagement tools, as well as YouTuber’s abilities to post videos 🎥, YouTube would eliminate a huge percentage of their legal risk.

Unfortunately, it seems that a few bad eggs 🥚 could ruin YouTube for the rest of us. However, with the evolution of new technology ⚙️, this seems to be the trend.

It’ll be interesting to see how things pan out over the next couple of years. Hopefully, creators 👨‍🎤 are still granted the creative freedom needed to produce quality entertainment.

*As of January 2020, the EU decided they will not enforce Article 13. Click here to read more about this controversial decision. 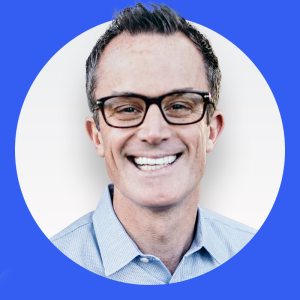 Join me for dynamic discussions of social media topics!

INCREASE PROFITS AND GUARD AGAINST LAWSUITS

GET MY LATEST EPISODES PLUS INSPIRING CONTENT EMAILED TO YOU